Room of Coins, Medals and Sculptures by Zdeněk Kolářský

Zdeněk Kolářský was born in 1931 in Kostelec nad Orlicí. He studied at the Industrial School of Glassmaking in Železný Brod and at the Academy of Arts, Architecture and Design in Prague. As an academic sculptor and excellent and respected medallist, he has made a numerous coins, medals, insignia and plaques commemorating elite figures in science and culture. He has won numerous international awards and accolades. He also creates works for our region - the towns of Rychnov nad Kněžnou, Žamberk, Kostelec nad Orlicí, Vamberk and Letohrad. For the town of Lanškroun he made the monument to Jan Marek Marci, medals for the town itself as well as to commemorate the composer and conductor Jindřich Praveček and the Pištci chamber ensemble, for example. His work also includes the mayor’s chain and commemorative plaques to Ch. P. Erxleben, B. Modrý, J. Kacálek and others. His affection for Lanškroun is expressed in his donation to our town of a part of his work, which you can see in the permanent exhibition displayed in the attic spaces of the gallery. 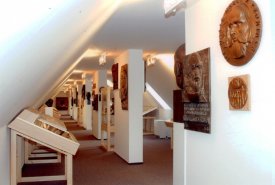 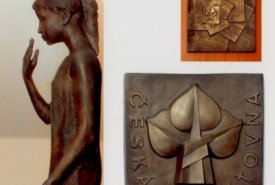 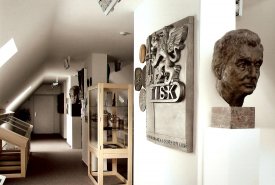 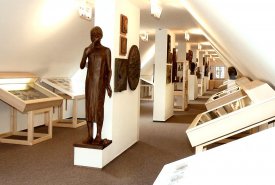